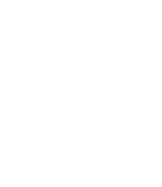 Autism is a condition that affects the brain’s normal development of social and communication skills, and the majority of the time it appears in the first 2 1/2 years. It is not so much a behavioral disorder as it is a biological disorder.

The rate of those diagnosed with autism has increased significantly over the past twenty to thirty years, from 1 in 10,000 kids to close to 1 in 68 according to the latest CDC reports. Autism has reached epidemic proportions and genetics alone do not cause epidemics. It is now a commonly held belief that there is usually a genetic susceptibility triggered by various environmental factors.  This theory was not always popular but is now becoming more widely accepted.

Many people with autism have underlying medical issues – problems with digestion, allergies, asthma, eczema, immune system dysregulation, etc.  With biomedical intervention, we are treating these underlying conditions.  We are not just addressing the symptoms, but attempting to treat the underlying cause which often times involves removing allergens and food sensitivities, modifying the diet, treating underlying intestinal infections, addressing methylation and toxicity issues and more.  We also know that those affected have certain nutritional deficiencies and issues with their immune systems which need to be treated.  When we address these issues, we frequently see improvements in their autistic behaviors including – attention, mood, anxiety, improved eye contact, as well as improved sleep and energy.  I think it is always important to start with diet and healing the gut.

It’s really about trying to get healthier and looking at the underlying issues. Every kid is so unique and there are no cookie cutter plans. For some kids, diet is a key component in their improvement.  For others, changes are not seen until certain supplements are added, such as vitamin B6 and magnesium, zinc or methyl B-12 injections for instance.

There are many interventions that are made possible by compounding pharmacies such as Coastal Pharmacy & Wellness. For instance, compounded methyl B-12 injections have been very helpful for the majority of patients with Autism Spectrum Disorders (ASD). Improvements are typically seen in the areas of sleep, anxiety, communication, executive function, and socialization. Furthermore, compounding pharmacists can prepare medications used to address immune, gut and detoxification issues which are common with the ASD population. These medications can be custom formulated to be free of dyes and other additives which may be problematic for children and adults affected by Autism.

Keelyn Wu, D.O. began his study of Osteopathic Medicine in 1991 at the University of New England College of Osteopathic Medicine in Biddeford, Maine. Dr. Wu completed his internship at Eastmoreland Hospital in Portland Oregon in 1996 and went on to complete his residency in Osteopathic Manipulative Medicine at St. Barnabas Hospital in New York in 1998. He has been practicing Osteopathy in the Portland, Maine area since 1998. He is board certified in Neuromuscular Medicine and Osteopathic Manipulative Medicine and has consulting privileges at Mercy Hospital. Dr. Wu has always had a special interested in nutrition, digestion and the immune system. His interests led him to further training in Functional Medicine which addresses the underlying causes of disease, using a systems-oriented approach and engaging both patient and practitioner in a therapeutic partnership. He is an active member of both the IFM (Institute of Functional Medicine) and ILADS (Institute for Lyme Disease and Associated Diseases) and continues to participate in educational opportunities from these and other similar organizations that are oriented towards searching for the root cause of illness and treating the whole person. In addition to his full-time practice, he is involved in teaching osteopathic skills, principles, and philosophy to both medical students and physicians. He is also one of several local osteopathic physicians who volunteer at the Portland Osteopathic Children’s Clinic. He and his wife live in Freeport and have two children.